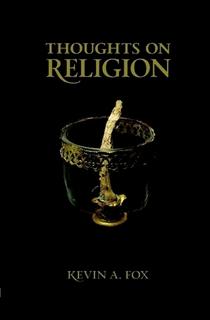 Initially written for the author’s family and friends, this little book examines many of the contemporary issues regarding religion and may have interest to a wider range of readers. The author’s extensive training as a natural scientist, his lifelong interest in religion, and his acquired atheism have predisposed him to examine the evolutionary, cultural and psychological roots of religious belief and human morality. He convincingly explains how many prosocial behaviors traditionally attributed to religious instruction (e.g., altruism, sense of fairness) are more the result of evolution than religion. Indeed, citing recent research, he argues that formal religion may actually impede the development of altruistic behavior and promote cultural xenophobia. An individual’s innate “moral compass” may be perverted to the service of a particular belief system at the expense of a more global sense of charity and fairness.

The preponderance of the text examines the many disadvantages (“evils”) and dubious advantages of most religious belief. The author suggests that supernatural belief systems tend to: inhibit scientific, social and moral progress; promote and perpetuate numerous cruel and anachronistic practices; and waste enormous global assets in their maintenance.

The author uses both light humor and sarcasm to make the case for a naturalistic worldview. Contemporary claims that religious persons are happier, healthier, and more honest and charitable than nonbelievers are debunked. Emphasis is on Western (Abrahamic) faiths, but some Eastern and minor religions and cults are also considered.

Family History and Genealogy for the Descendants of Archer and Mabel Fox of Wilton, New Hampshire, Book One

This book examines the English/Irish origins of the Fox tribe and recounts the lives of a number of historically famous Foxes. The primary goal of the book is to provide an accurate history of the Fox family, from Thomas’s birth in London in 1619 to the present. In addition to the well-documented Fox lineage, the book recounts all we know about the author’s maternal forbears of both Swiss (Weibel and Steinman) and Irish (Reardon, Higgins, Murphy) ancestry.Although the principal audience of the book will be the descendants of Archer and Mabel Fox, the information contained should be of interest and value to all Foxes descended from Thomas Foxe of Concord and other early New England Foxe immigrants.The first three hundred years’ history of this Fox family in America is assimilated from various sources. Important questions regarding Thomas Foxe’s English roots, his first wife Rebecca’s real surname (not “Wheat”), his possible kinship to Thomas Foxe of Cambridge and Richard Foxe of Glastonbury, and our alleged descent from the martyrologist John Foxe, are completely discussed.The Appendix includes copies of important historical and genealogical documents, many of which have never been published nor made widely available.The story of the Fox family of Wilton, New Hampshire during the twentieth century can be found in Book Two of this series:

A Fox Family History: Family History and Genealogy for the Descendants of Archer and Mabel Fox of Wilton, New Hampshire, Book Two: The Wilton Years records the story of the Archer and Mabel Fox family of Wilton, NH during the early and mid-20th century. Archer supported a growing brood of children while managing various operations on an apple and dairy farm. During the war years, Mabel worked on the night shift at a textile mill in town to help with the college expenses of the older children. Together they reared and educated eight children to productive lives and relative prosperity. The family’s often challenging experiences during WWI, the Great Depression, and WWII are profiled. The second part of this work (Book Two–Part II) is the author’s story—as the youngest of the family he was able to observe the lives of his older siblings unfold as he grew up and came of age in the fifties and sixties.